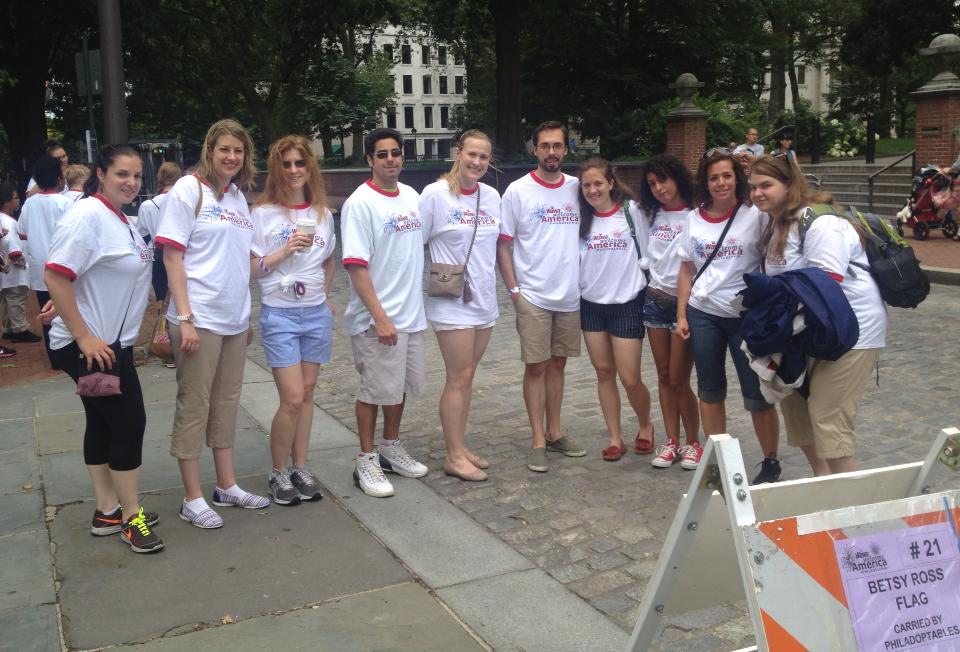 When it comes to celebrating Independence Day, no other city can do it like Philadelphia. On July 4th, Philadoptables had the pleasure of joining the WAWA Welcome America! Parade – one of the biggest celebrations in the country. Along with marching bands, floats, military groups and performance teams, Philadoptables marched through the historical part of the city to help Philadelphia celebrate America. Philadoptables was asked to carry the Betsy Ross flag- a huge flag that needed 10 people just to make sure it never touches the ground. Not only did the Philadoptables board members and friends have fun taking part in the parade, but also, they received a lot of recognition, as national and local TV stations mentioned Philadoptables and its mission in their reports from the parade. 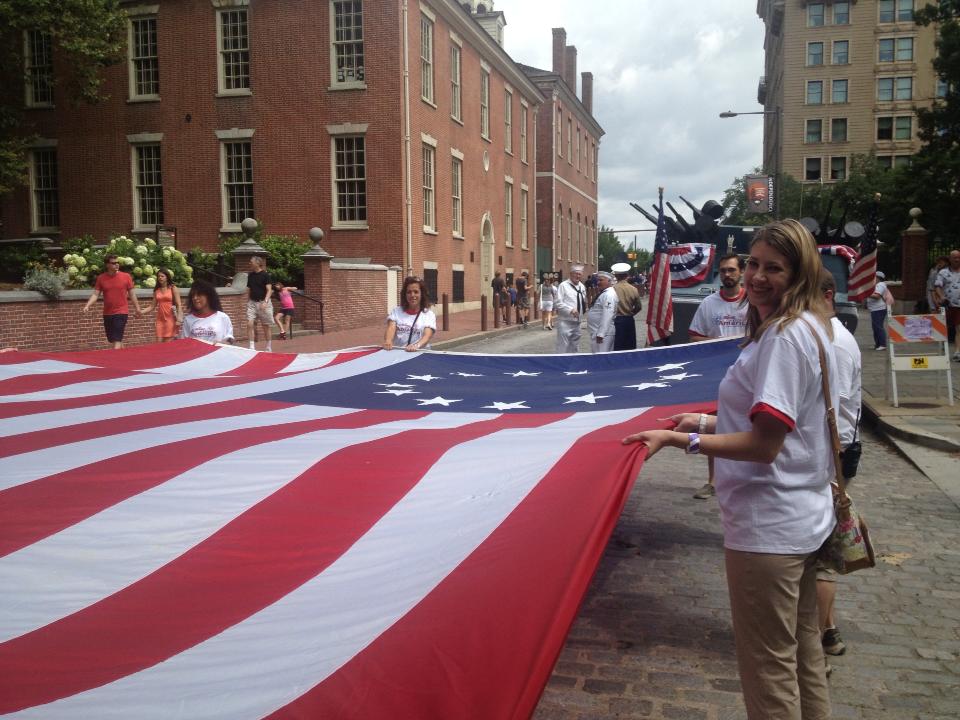 We had a blast during the parade but most importantly we were happy to spread the word about our work to support the city’s shelter. Thank you WAWA and we will see you next year!