Philadoptables is honored once again to be asked to march in Philly’s July 4th parade! If we have 10 or more people we can also have adoptables dogs join us! Volunteers and friends, please sign up- must be 18 and over. Time commitment is approx 9:30-12:30- only three hours! To join in the fun email diana@philadoptables.org 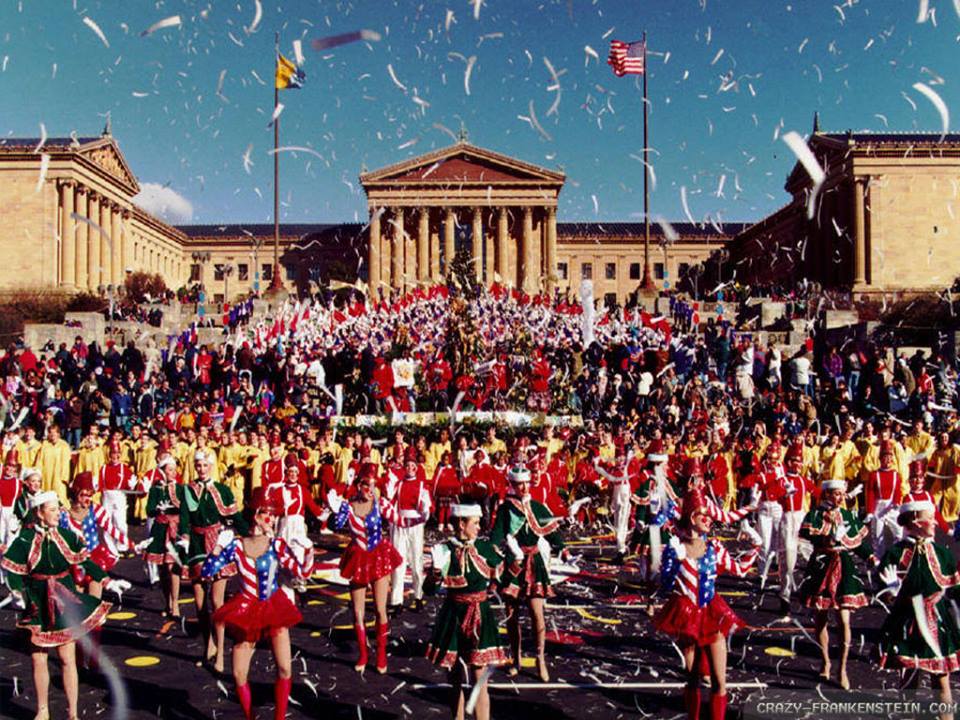 Register to run in the Superhero themed Super Run

choose a 1k or 5k- Saturday, June 21, Philly Navy Yard. Choose Philadoptables as the non-profit you want to raise money for and help Philly’s homeless cats and dogs!

Raise Money for Philadoptables while participating in the Super Run by simply using the  Walking Your Dog. Go to WoofTrax.com to learn more. Remember to choose Philadoptables as your organization to donate.

Raise Money for Philadoptbles every time time you walk your dog. 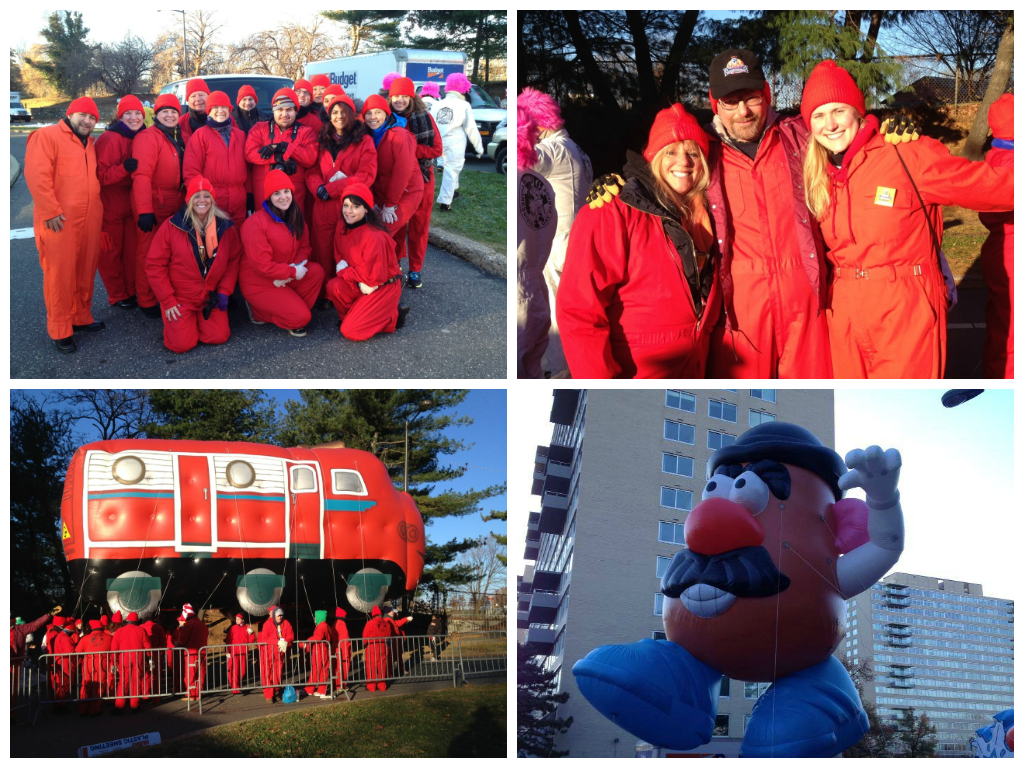 For the 3rd year in a row Philadoptables has been part of the 6abc Dunkin Donuts Thanksgiving Day Parade.  We believe in helping the community as much as we can, the homeless animals in Philadelphia’s animal control shelter ACCT Philly are our focus, but we also want to be a part of the City of Philadelphia, and this is our way of giving back. There’s nothing exciting about getting up early in the morning, whether it’s to help blow up the balloons, or whether it’s to arrive a little bit later and line up to walk in the parade as a balloon handler. What is exciting, is to see the looks on the kids faces as they see the big balloons, they are filled with excitement. It’s so much fun to see them as they wait for the big man in the red suit to arrive.  We hear “spin it, spin it” all along the route. Our founder and president, Michelle was featured on the parade commercials leading up to the parade and we were all asked “Was that Michelle on TV?”  many times!  Three members of our board walked in the parade,  Michelle, John and Marta.

This year we were supposed to handle Clifford, the big red dog balloon, however, the weather had other plans for us and due to high winds, the big balloons were grounded. Our team of wonderful volunteers were split up between three of the smaller balloons in the parade.  Two of them are pictured here, we handled the red train, a snowflake and Mr. Potato head.  We had a great time nonetheless, and we hope that we get to walk with Clifford next year.  Want to join us?  Volunteer@philadoptables.org

It is our favorite time of the year! This is Philadoptables’ fourth year collecting donated pet food with WMMR’s The Preston & Steve Show! This week- long on-site collection event features Philly’s favorite radio personalities living in RVs in a parking lot. This event has been collecting people food Philabundance for years and the guys saw the need to feed Philly’s homeless and hungry animals as well. Donated food to Philadoptables will be distributed to people in need, wonderful foster parents from Philly’s animal control shelter, ACCT Philly, and the amazing rescue partners who take animals from that shelter. RIGHT NOW folks like you are setting up pet food drives in their offices, retail locations, churches and schools. We will provide you with a letter explaining the event and posters to get you started. All collections must be dropped off to us by Friday, November 29th OR at the event Monday, December 2-Friday Dec 6 at Xfinity Live’s parking lot. Want to help? Please contact michelle@philadoptables.org or you can find out more on our Facebook page! 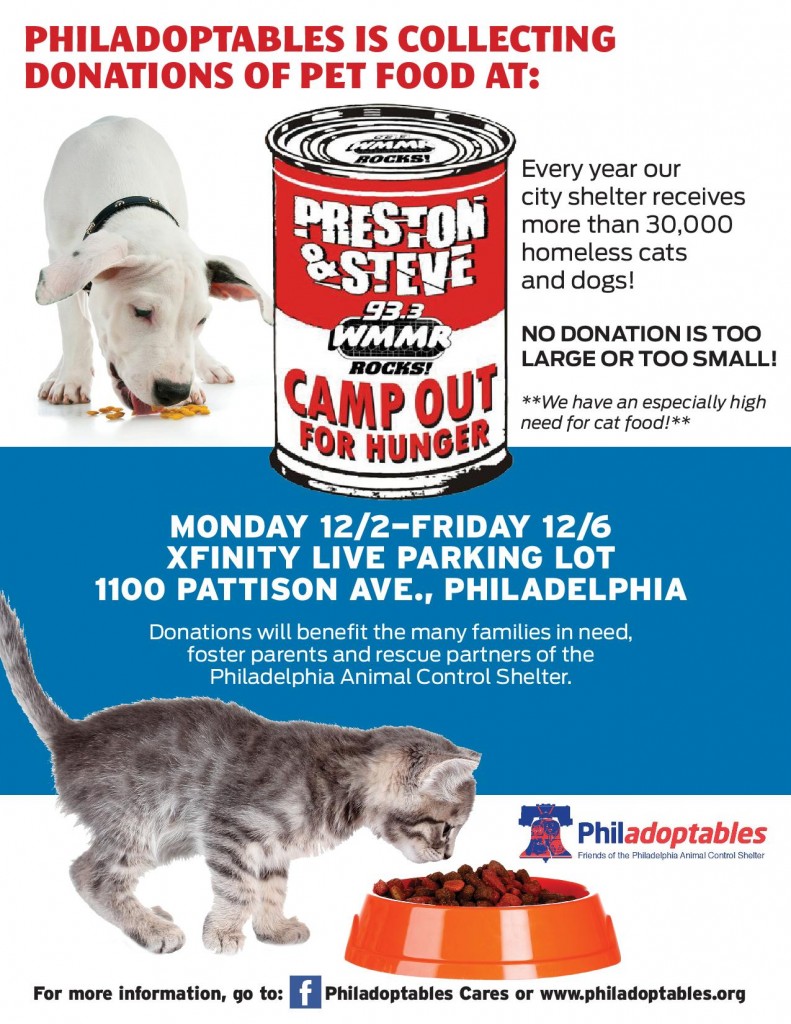 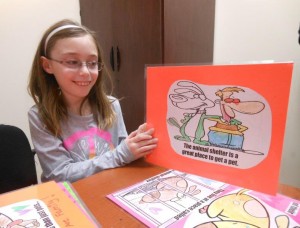 If this is an example of the next generation, we have nothing to worry about. You may have met Jena, Philadoptable’s Junior Volunteer, before when she and her Brownie troop were making decorations for events, dropping off linens and dog treats, or when she was paying a visit to the shelter dogs. Recently, Jena and her fab mom Susan joined us at the Volunteer Breakfast armed with homemade dog treats, towels for the kitties, and amazing decorations made by the Brownies for our Love Potions event Feb 23, 2013. THANK YOU to the adorable animal loving Brownies for the cute decorations- we will be using them a lot!